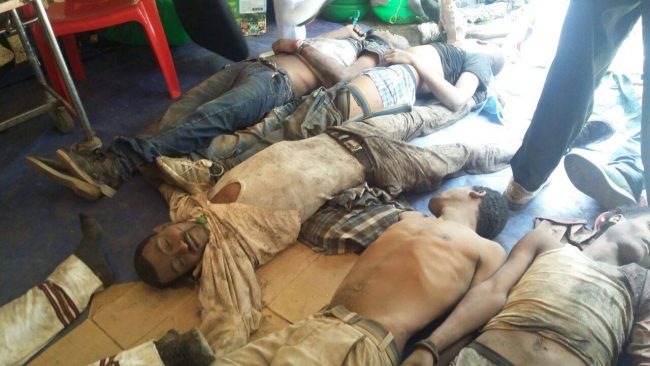 There is strong evidence that some of the top Tigray People’s Liberation Front (TPLF) leaders and executive members are neutralized US citizens. The U.S embassy posted on their website stating, “The U.S. Embassy is working on potential relocation plans for U.S. citizens in Mekelle.” What will happen if those TPLF executive members who are responsible for the killings of hundreds of civilians in the nation, are U.S. citizens?

A recent Amnesty International report confirmed the massacre of hundreds of ethnic Amharas in the town of Mai-Kadra. If TPLF is confirmed for the massacre, what is the U.S policy against war crimes neutralized citizens?

The United States government has a long history going after neutralized citizens record of war criminals, child rapists, and terrorist funders. The Department of Homeland Security has investigated possible cases of immigration fraud that resulted in U.S. citizenships, sending 95 of these cases to the Department of Justice (DOJ) for prosecution and denaturalization. If confirmed, people who have been citizens for a long time can be targeted for denaturalization. The following paragraph is copied from U.S Immigration and Customs Enforcement website

“U.S. Immigration and Customs Enforcement’s (ICE) Homeland Security Investigations (HSI) operates the Human Rights Violators and War Crimes Unit (HRVWCU) within the National Security Investigations Division (NSID). The unit conducts investigations focused on human rights violations in an effort to prevent the United States from becoming a safe haven to those individuals who engage in the commission of war crimes, genocide, torture and other forms of serious human rights abuses from conflicts around the globe. When foreign war crimes suspects, persecutors and human rights abusers are identified within U.S. borders, the unit utilizes its powers and authorities to the fullest extent of the law to investigate, prosecute and, whenever possible, remove any such offenders from the United States.”

The U.S. center of The Human Rights Violators and War Crimes Center (HRVWCC) works together with DHS, FBI, and other departmental agencies on human rights violators and war crimes investigations. The U.S. is a land of ideals (democracy, rights, liberty, opportunity, and equality) in which freedom includes the opportunity for prosperity and success. We are grateful for the upward opportunity of social mobility for the family and children, achieving our dreams through hard work in a society with few barriers.