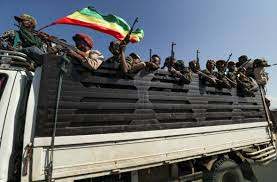 The Ethiopian government and Tigray People’s Liberation Front (TPLF) had deep roots of a power struggle that goes back to 2018 when a popular uprising brought Dr. Abiy Ahmed to power. But the recent conflict between the government and TPLF is far more aggressive. On November 4, 2020, TPLF killed hundreds of Ethiopian federal soldiers comped in the Northern region of Ethiopia. Following the massacres, the Ethiopian government has begun a war against the TPLF leaders. The international community and International media alarmed that this conflict may cause a civil war, which could trigger broader unrest within Ethiopia. The region indeed has a long history of war and power struggles. However, the nature of the recent operation is targeted to control TPLF officials who are responsible for regional unrest. There is no indication that TPLF can operate further destruction to the country. Due to a stable peace agreement between Ethiopia and neighboring countries, such as Sudan and Eretria, there is no indication of broader unrest within the region. Tigray operations most likely will wrap up soon without extended conflict or no sign of civil war.

TPLF is an ethnic Tigrayan party, ruled Ethiopia for 27 years from 1991 to Dr. Abiy took office in 2018. Multiple blood shading mass protests against TPLF caused the removal of TPLF officials. TPLF leaders have since lost positions within the central government, and several officials have had fled to their home region, Tigray fearing an arrest for corruption and human rights abuses.

TPLF is known for dictatorship, systemic tribal racism, bribery, and most importantly causing ethnic conflicts among the majority Amhara and Oromo people. Ethiopia is a home for over 83 ethnic groups, and the nation never had such a dark relationship among tribal groups as seen during TPLF era. TPLF’s loss of power was unexpected and many Ethiopians never dreamed to be happened. The new administration led by Dr. Abiy Ahmed is a relief for most Ethiopians and a hope for unity. Ethiopians’ see Abiy as a transformer who is bringing hope to Ethiopians and defeating some terrorist gang leaders.

Since the unexpected power shift from TPLF to the new Dr. Abiy’s lead pan-Ethiopian party called “prosperity party”, TPLF has been trying to gain power by funding rebel groups and instigating ethnic violence to destabilize the country. TPLF was responsible for orchestrating the killing of the famous musician who sang for freedom artist Hachalu Hundessa.

Though TPLF lost its power, the top party leaders fled from Addis Ababa (the capital city of Ethiopia) to the Tigrai region. Despite their lowest approval rate among Ethiopians’ TPLF still wants to get their power to control the government. TPLF strategies to get international attention by causing regional unrest and tribal conflicts in Ethiopia. This is the exact same strategy that the TPLF party used back in the 1980s to overturn the “Derg” socialist party. TPLF was a mastermind of all political and economic sectors for the past 27 years, and it was not easy to dismantle their chain of command.

Tensions between the TPLF and the federal government

Tensions between the TPLF and the federal government have been escalating since 2018. Recently in opposition to the Ethiopian government indefinitely postponed regional and national elections due to coronavirus pandemic, TPLF officials organized their own elections.

The Ethiopian government was launched a military intervention on 4 November after the TPLF’s regional security forces attacked a federal army base in the northern Ethiopia region. Though TPLF officials denied involvement in the attack, eyewitnesses confirmed TPLF’s action.

Since Abiy Ahmed ordered a military intervention last week, mass casualties have been reported in different parts of Tigray. Thousands of civilians have fled to neighboring Sudan.

Some international sectors have warned Ethiopia could break apart into small regions, but the government has downplayed the fighting, calling it a “law enforcement operation.” European and African leaders have called an immediate ceasefire, but Abiy has made it clear he will not negotiate until TPLF leaders are in custody and the cache of weapons held by the regional government is destroyed. Ethiopian government gave plenty of time to reconsider a peace deal, but TPLF has declined in the past.

Abiy has made deals with Eritrea and the new government of Sudan, leaving the TPLF with few ways to receive the weapons it would need to keep fighting. The Sudan government and the Eritrean Government blocked its border from any military crossings. Also, the Ethiopian military surrounded TPLF soldiers in four directions and has left no escape route. The Ethiopian prime minister Abiy announced on November 13, 2020, that TPLF leaders should surrender within 72 hours. The vast majority of Ethiopians support Abiy’s decision to decline negotiations with TPLF leaders. The Doors of Your Life. By Sam Tasadiq Yared Tilahun-Evangelist, Teacher, Author, and a Founder and President of Golden Oil Ministry